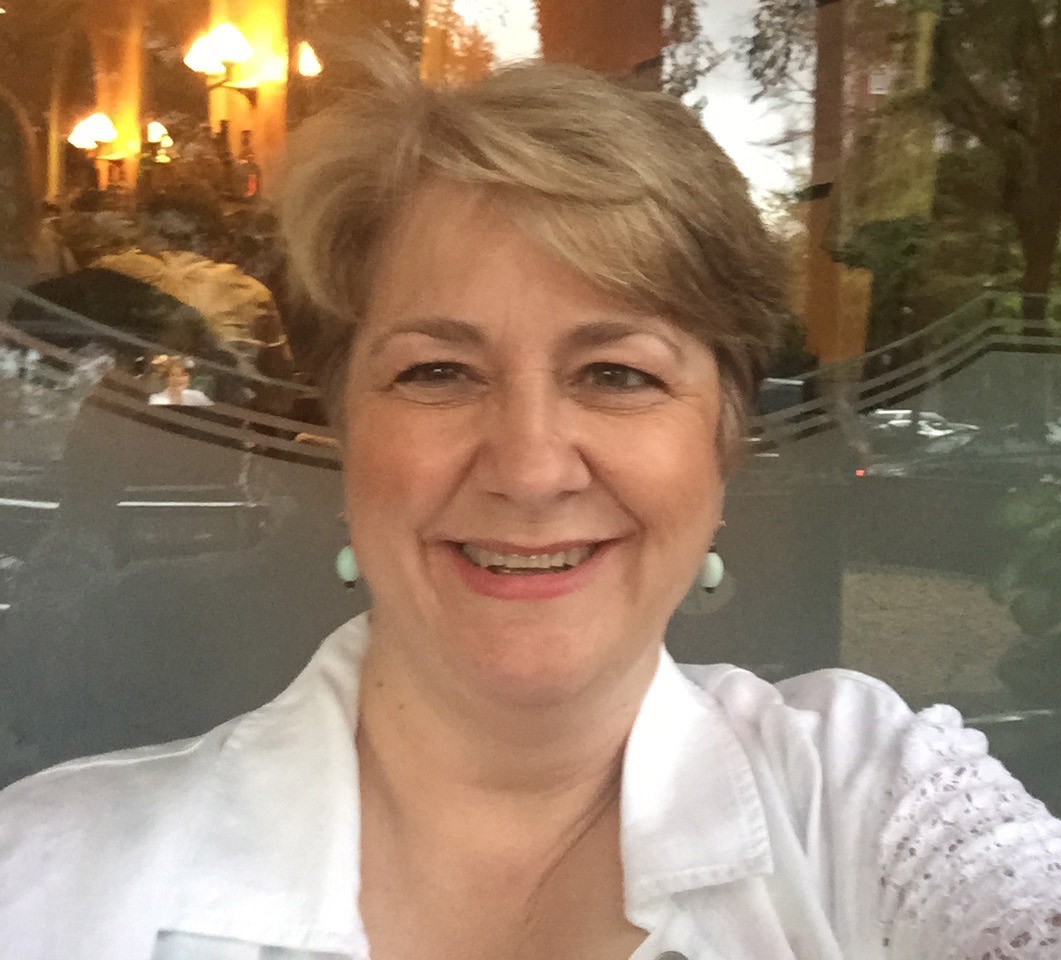 Sherill was born in Washington, D.C. and lived in Manassas, VA, Dallas, TX, and Atlanta, GA before moving to Alabama as a teenager.  I was baptized at Grace Methodist in Gaithersburg, and confirmed at Brooklyn Avenue UMC.   She attended Auburn University, earning a BSBA in Industrial Management.  A month after graduating from Auburn, she married her husband, Craig an electrical engineer, who has worked at Dynetics, Inc. since graduating from Auburn.  She worked at the Army Materiel Command Management Engineering Activity as a management analyst and then at McDonnell Douglas Space Systems as a Logistics Analyst and an Experiment Operations Engineer. During that time, Craig and Sherill became active members of Epworth UMC in Northeast Huntsville.   Also during this time, she earned by MBA in Logistics at Alabama A&M.  After the birth of their third child, Sherill took some time off to raise them.  And it was during that time that she finally responded to the call God had placed on her life at confirmation and entered into candidacy for the ministry.  She attended Vanderbilt Divinity School and earned her M.Div in 2003.  She is currently working my Doctorate of Ministry focusing on the Gospel and Culture at Columbia Theological Seminary in Decatur, Georgia.

Craig and Sherill have three grown children.  Their eldest, Steven, is an Associate Professor of Mathematics at the University of South Alabama.  His wife, Jessica, is an elementary school teacher.  Their middle child, Phillip, teaches math at New Hope High School.  His wife, Christina, teaches at Latham UMC’s Child Development Center.  And their youngest, Laura (Webb), teaches 5th grade math and science at Moody Middle School.  Her husband, Trent, is a quality assurance engineer with Honda.  They currently have two grand-dogs and no grandchildren.

You can email Sherill here 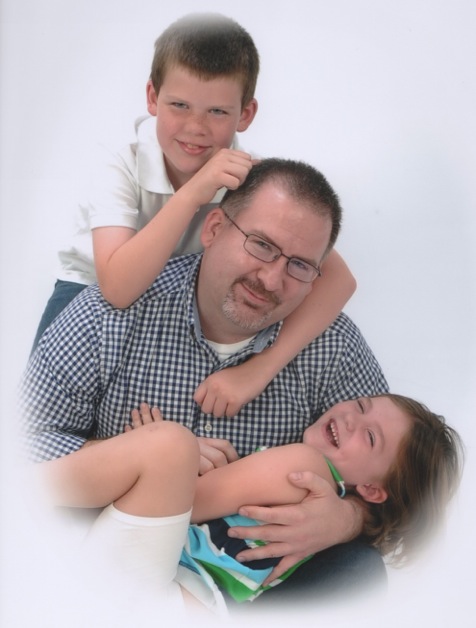 Brant was born and raised in the Shoals area of North Alabama, in the small community of Elgin Crossroads.  He grew up hunting, fishing, and playing in the woods. He is a life-long United Methodist. He was active in Elgin UMC growing up, served as a counselor at Camp Sumatanga for several summers, and served as a youth director at Moulton UMC before answering the call to ministry.  He served as a student pastor for the Bear Creek and Isbell UM churches while earning his Degree at Memphis Theological Seminary.  He served as an Associate Pastor at Huntsville First UMC for four years and then as Senior Pastor at Taylorville UMC near Tuscaloosa.  Following that appointment, he took a leave of absence and then an honorable location and settled in the Huntsville/Madison area.
Brant has two children, Alex and Kate, and lives in Madison.  He serves at Aldersgate part-time and has a full-time job at Remington Outdoor Company.  He enjoys shooting, hiking, reading, and watching movies. 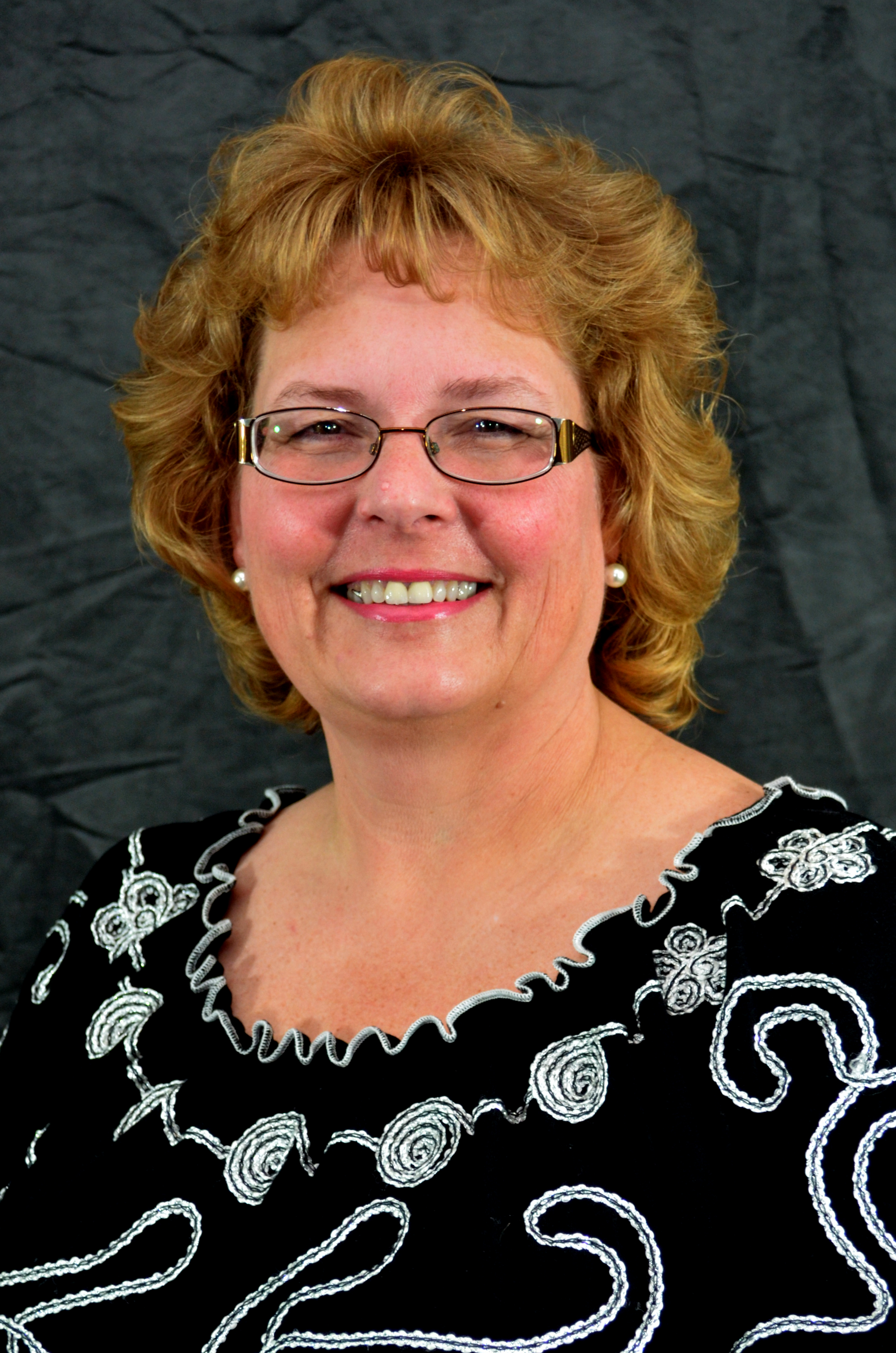 Lydia Locke, Director of Discipleship, and Assistant to the Minister

Lydia is a graduate of Western Kentucky University with a degree in Public Health. She has a Master of Arts in Christian Education from Southern Baptist Theological Seminary. She began church work in 1989 in Kentucky and also served as Minister of Education at Riverchase UMC in Birmingham for 8 years. In 1999, her family, husband Parker and sons Rob and Will, moved to Huntsville. Soon afterward, she joined the staff of Aldersgate as the Children's Director.

Lydia gives leadership to the areas of adult discipleship, church wide fellowship, congregational care and assistant to the minister. Outside of church, Lydia enjoys reading and spending time with her family. During vacation time, she can be found back on her parent's farm in Kentucky.

you can email lydia here 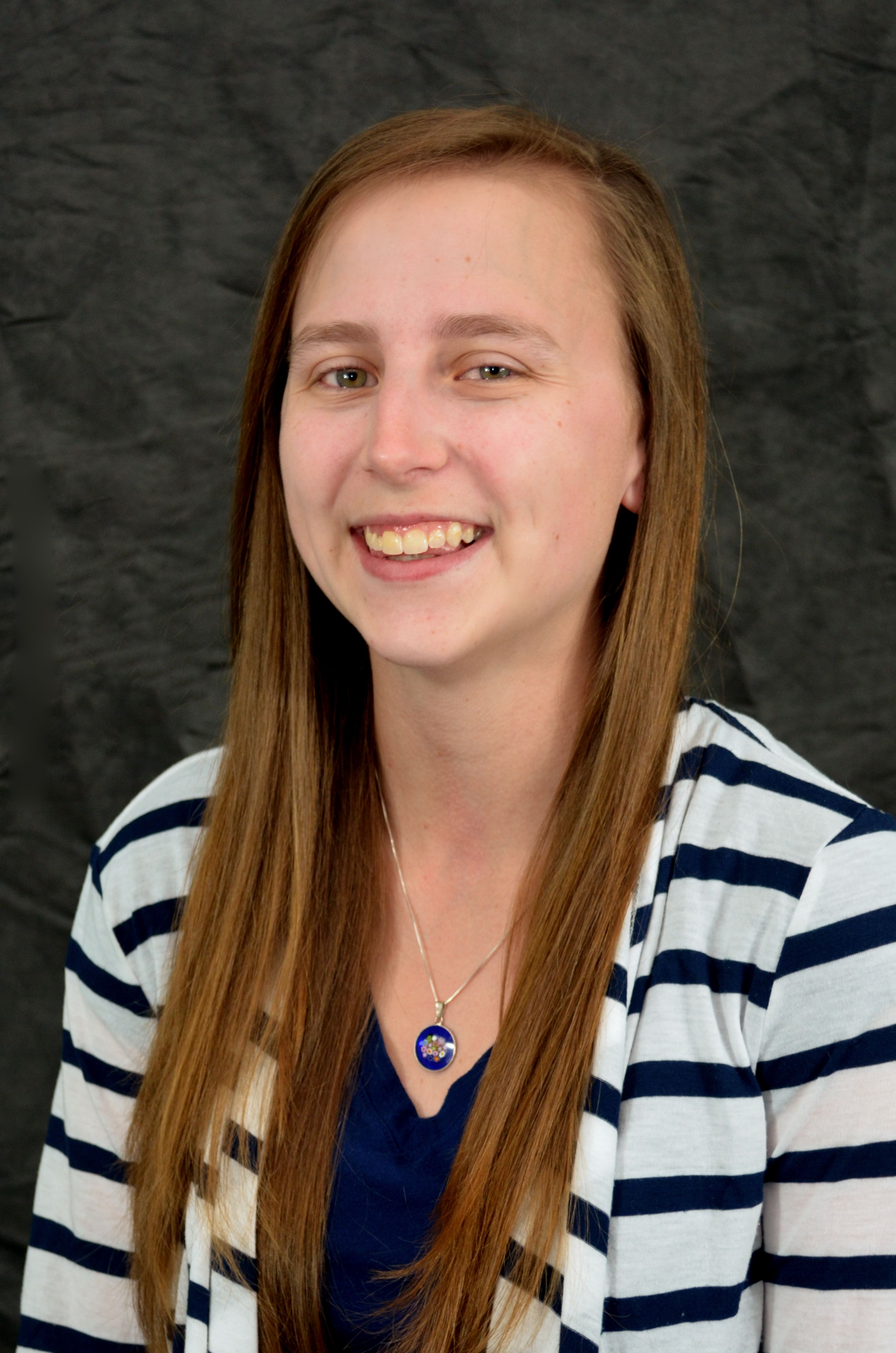 Emma was born in St. Louis MO, and moved to Huntsville in 1997. She joined Aldersgate in 3rd grade, and has been part of the Youth Group since 6th grade. Emma started helping with small groups after graduating from Grissom High School in 2009, and has been working with our students ever since. In her free time Emma likes to rock climb, run and enjoy God's creation. She currently is working towards her Ministry and Leadership Degree from Asbury University.

you can email Emma here 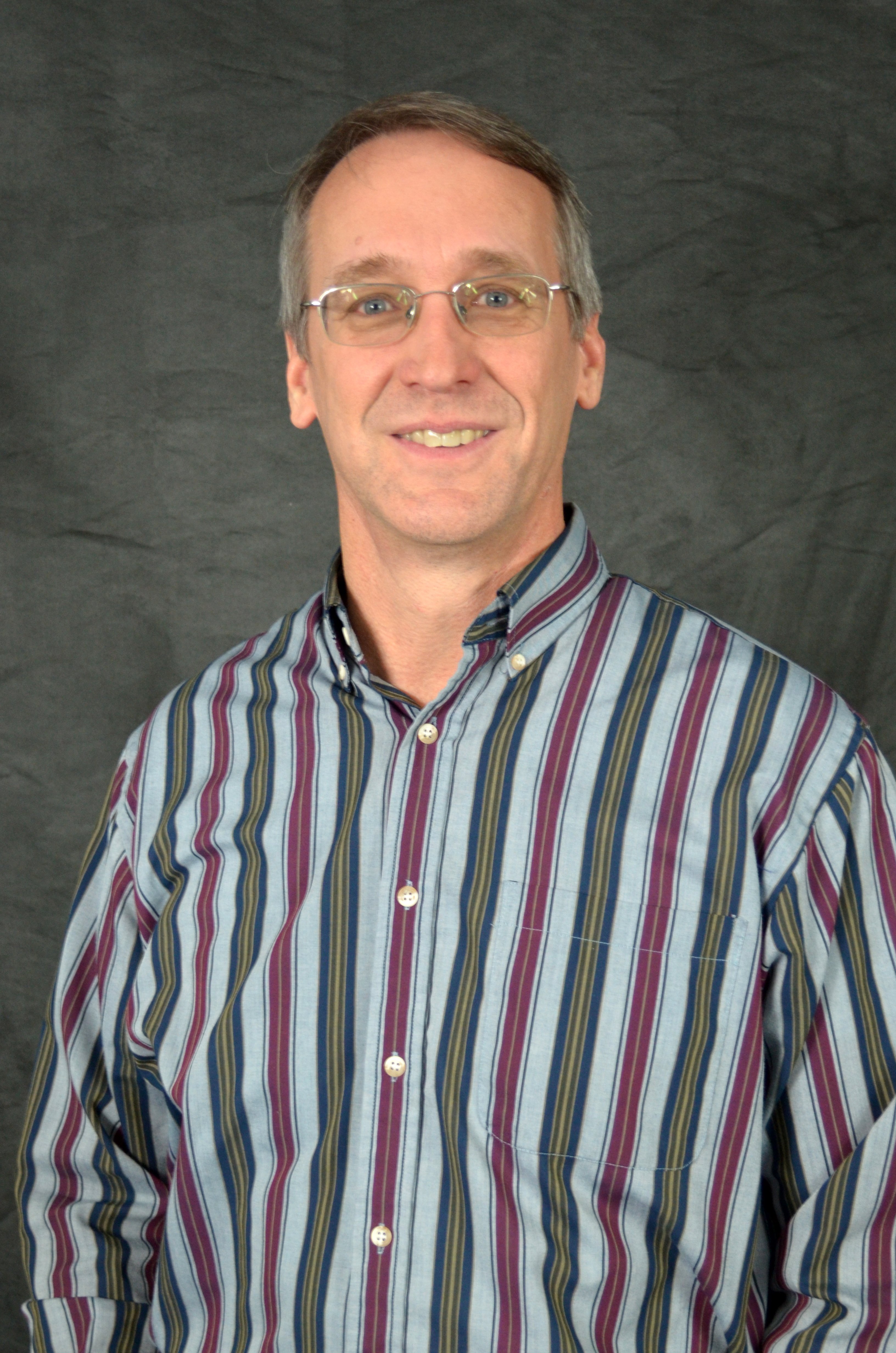 Dennis was born and raised in Overland Park, Kansas (a suburb of Kansas City), and graduated from Wichita State with a Bachelors of Music Education Degree and earned a Masters Degree of Audio Engineering and Music Composition from The American University in Washington, DC.

While working with IVCF, Dennis met and married Jodie, and they have 3 daughters. Amy is married to Christopher Castor and has 2 children, Jaxon and Clarissa – they live nearby in New Market. Jessica is married to Robert Martin and they live nearby but are looking forward to a teaching opportunity in Japan! Leah recently graduated from Samford University and has been accepted at Candler School of Theology.

When he was 2 years old, Dennis sang a duet with his brother in church, and he has been involved in music ministry ever since. He has a passion for both Contemporary and Traditional Worship, has led worship teams, and traditional choirs in Kansas, Washington DC, Chicago, and Tampa Bay.

Dennis also has a passion for Missions, both local and international. He currently serves on the Board for First Stop, Inc here in Huntsville – a ministry to the homeless (www.FirstStop.org), as well as Reaching Indians Ministries, International (http://rimi.org/) – training Church planting missionaries in India.

Dennis and Jodie moved to Huntsville in 2011 to be close to their kids and grandkids, and Dennis is very glad to have found such a good ministry fit here at Aldersgate, and though she would not say it, Jodie is glad he found an office to go to and get out of the house.

You can email Dennis here 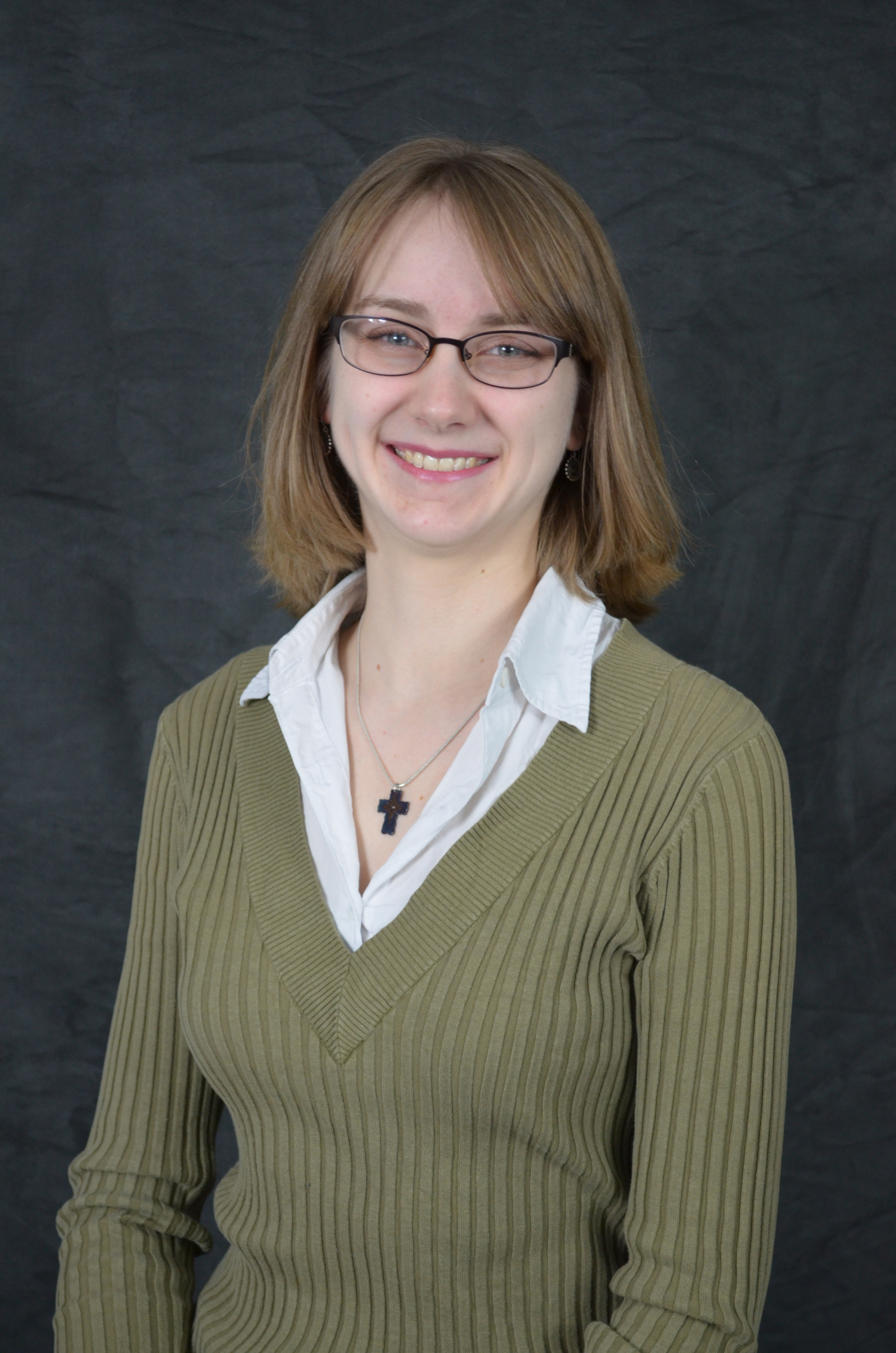 Kirstin was born and raised in Huntsville, and was a part of the Aldersgate youth group during her secondary years. After graduating Grissom High School in 2008, she spent time at Trinity United Methodist Church, also in Huntsville, volunteering with their Children’s Choir programs. From 2011-2014, she co-taught the Trinity Explorers in Arts and Music (TEAM) singing class and helped direct / organize TEAM Summer Music Camps. Kirstin holds a Bachelor of Arts in Music with a minor in Education degree from the University of Alabama in Huntsville. She studies both voice and piano, and is excited to be able to come back to Aldersgate to share her love of singing and God with the Children’s Ministry.

Kirstin has been married to her husband, John, since August 2014. She enjoys spending time with both her family as well as with John’s two daughters, Shellye and Natalie, and their families, all of whom live in the Huntsville area. During her free time, Kirstin attends concerts and practices the sport of fencing, along with John, at the Huntsville Fencing Club. 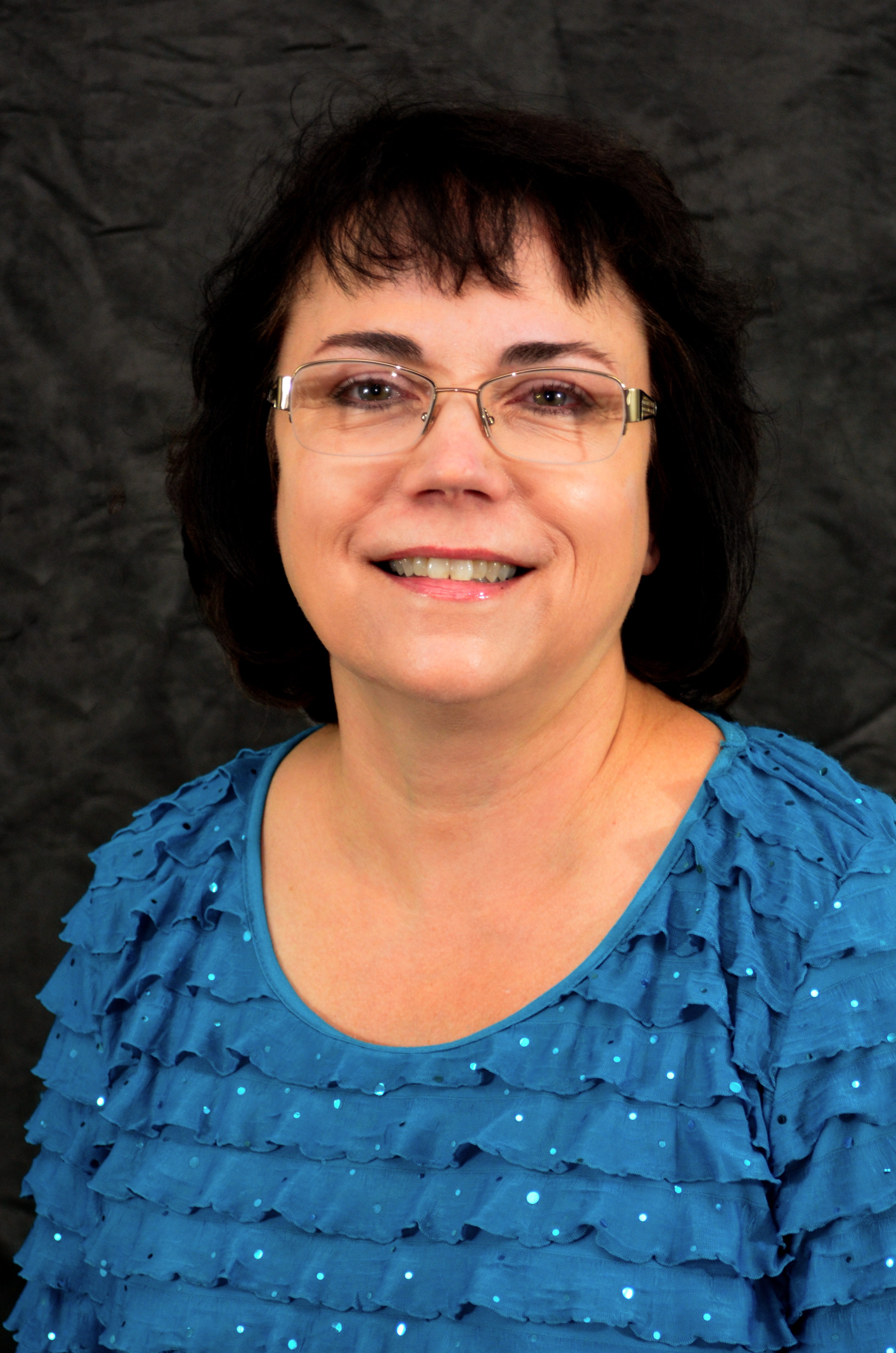 Rebecca attended the music program at Snead State Jr. College. After graduation, she taught piano, both in the Preparatory Division of the college and for a local music store. She later went on to Jacksonville State University where she graduated with honors in 1984 with a Bachelor of Arts Degree with a concentration in Piano Performance. After graduation, she was appointed choral director at First Presbyterian Church in Albertville. She remained there until coming to serve Aldersgate in 1991.

Rebecca met her husband, Mike Bundy, in 1991 while she was working for the Huntsville Police Department and the Madison County EMA. They were married in 1992 at Aldersgate. Their daughter, Heather, was born in 1994. In 1995, Rebecca left her job with the city police and resumed teaching piano.

you can email Rebecca here 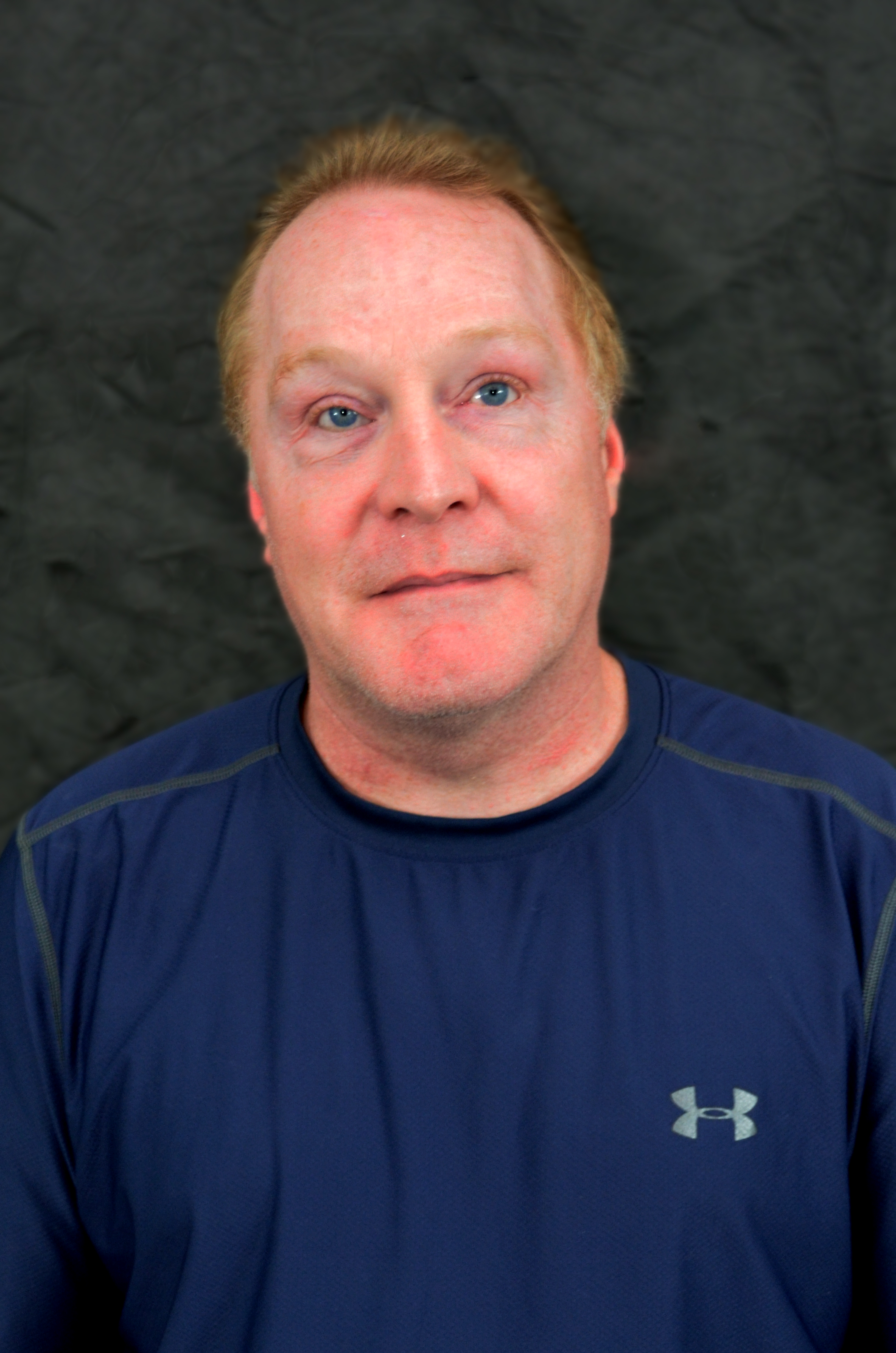 Dennis was born in Harvey, IL, just outside of Chicago January 25 1967 He grew up playing the drums and singing in his parents traveling gospel group;The Waylighters. Born with glaucoma, he experienced complete sight loss by age 11. Dennis is also a self-taught guitar player. He attended Crete Monee High School where he was on the wrestling team and also started his first band. Dennis and family moved back to their hometown ofScottsboro,AL, when his father retired from Ford Motor Co. Dennis remained in Illinois to continue his music career. For more than 30 years he has played various music venues and traveled across the country with an array of artists.

Dennis met his wife Fran after moving back to North Alabama. They were married on August 5, 1998. Dennis and Fran were part of the music ministry at Trinity UMC for 8 years and began worshipping at Aldersgate in 2006. Since that time, Dennis has attended an Emmaus Walk and was recently baptized in the Aldersgate Bread Service. Both Dennis and Fran are active in serving at Aldersgate and in the Emmaus Community. Dennis is quick to state, "God has mightily blessed me by leading me to Aldersgate."

you can email Dennis here 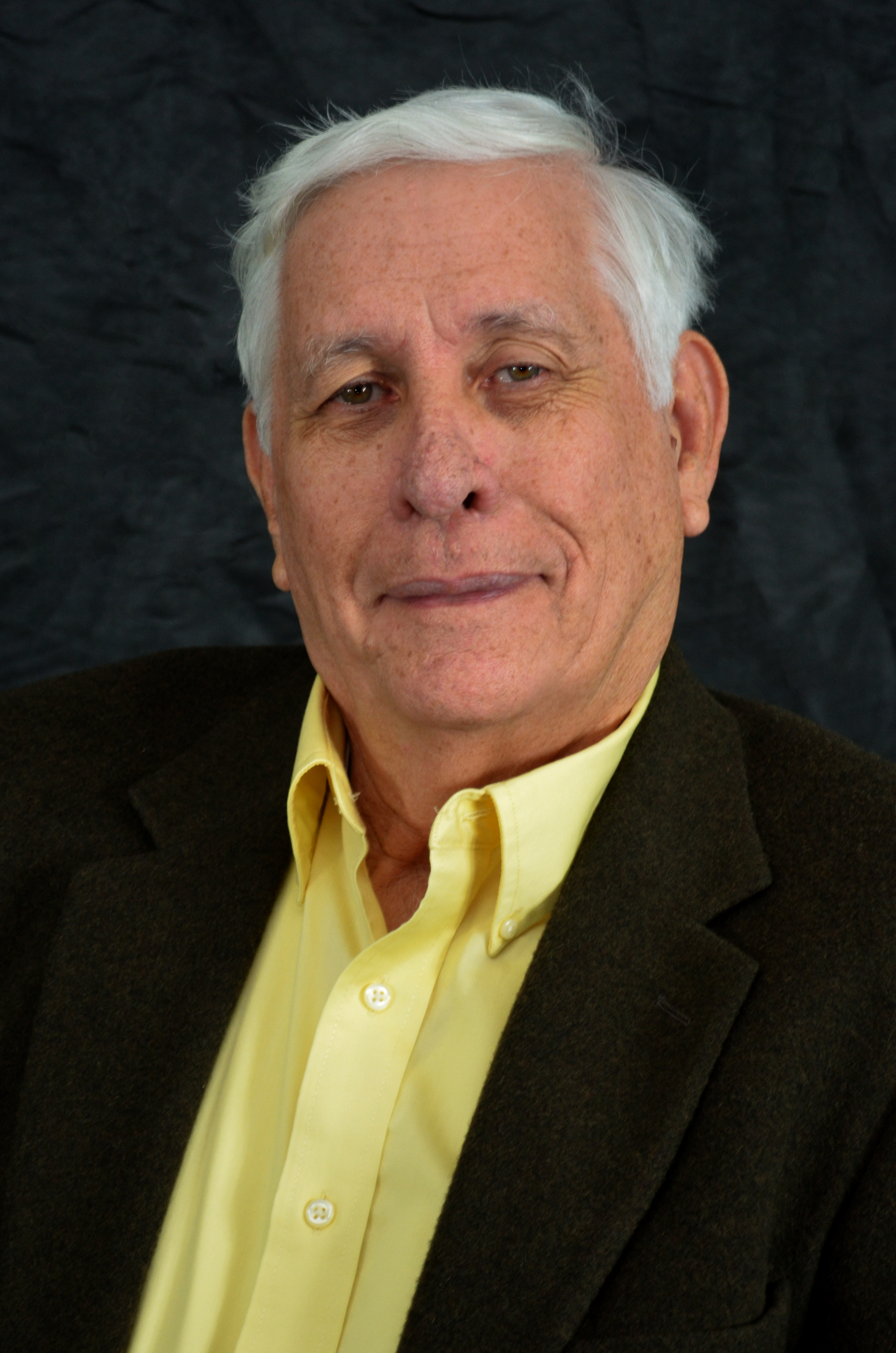 Bob Davidson and his wife, Mary Ellen, have been active at Aldersgate for many years.  Bob works with our Trustees and manages all of our cleaning and maintenance contracts. He also coordinates the use of church facilities and the church van.

you can email Bob here 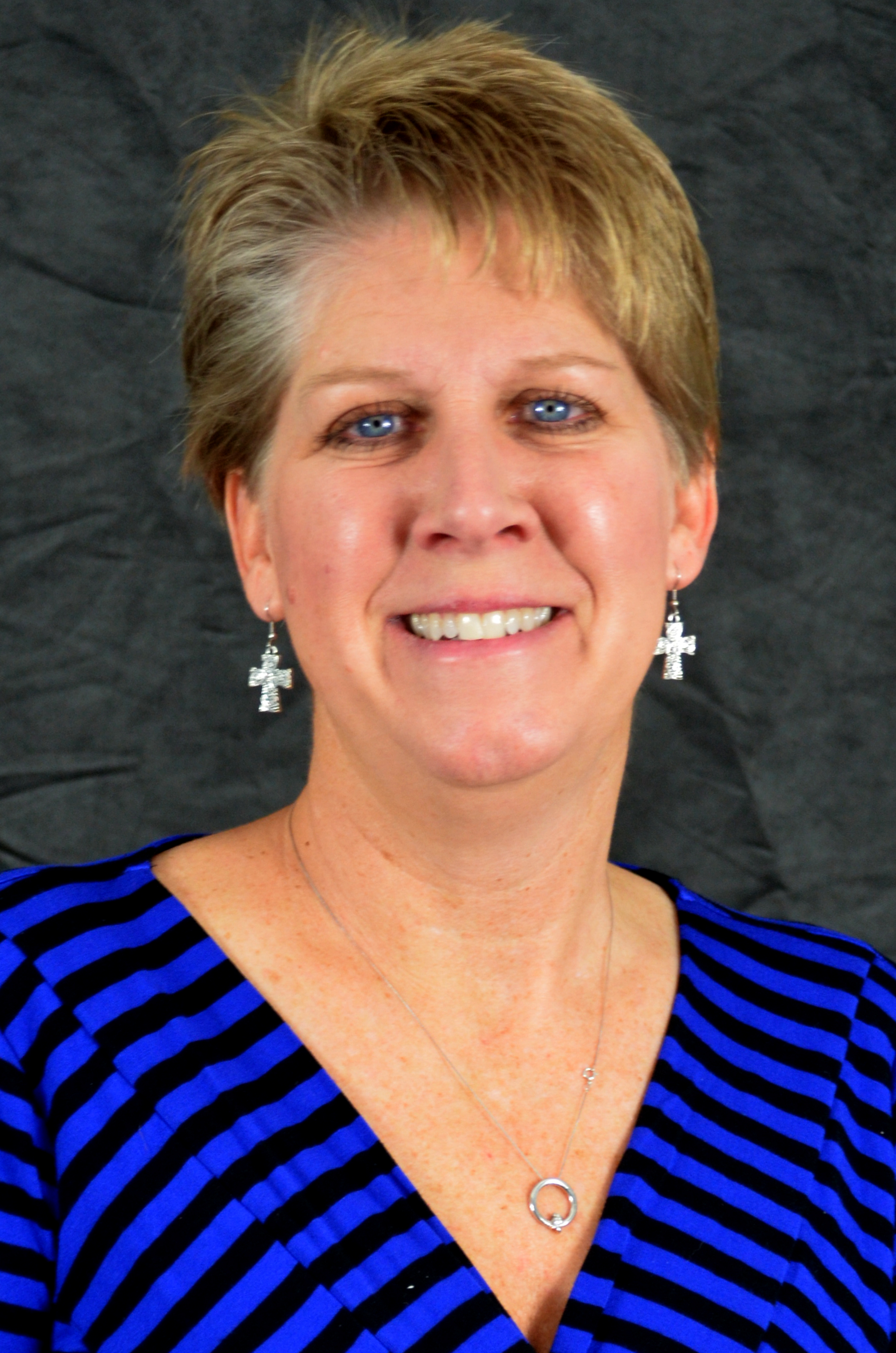 Jessica and her husband Bobby are natives of Huntsville. Jessica graduated from Grissom High and Bobby from Lee High. Bobby works for Schwan’s Food Service as a Customer Service Manager. Jessica has over 20 years experience in administrative and customer service based businesses. Her church/Christian based work includes Hillwood Baptist Church, Southwood Presbyterian Church and Fellowship of Christian Athletes. Jessica & Bobby have been married since August 31, 2013 and have a combined family of 5 children. Garrett Dunn, Clark Dunn & Brady Johnson, Ashlyn Johnson & Macey Johnson. Jessica enjoys teaching 1st grade children's choir at Whitesburg Baptist Church where she is a member. In her spare time, she enjoys long walks, traveling and coffee with friends.

you can email Jessica here 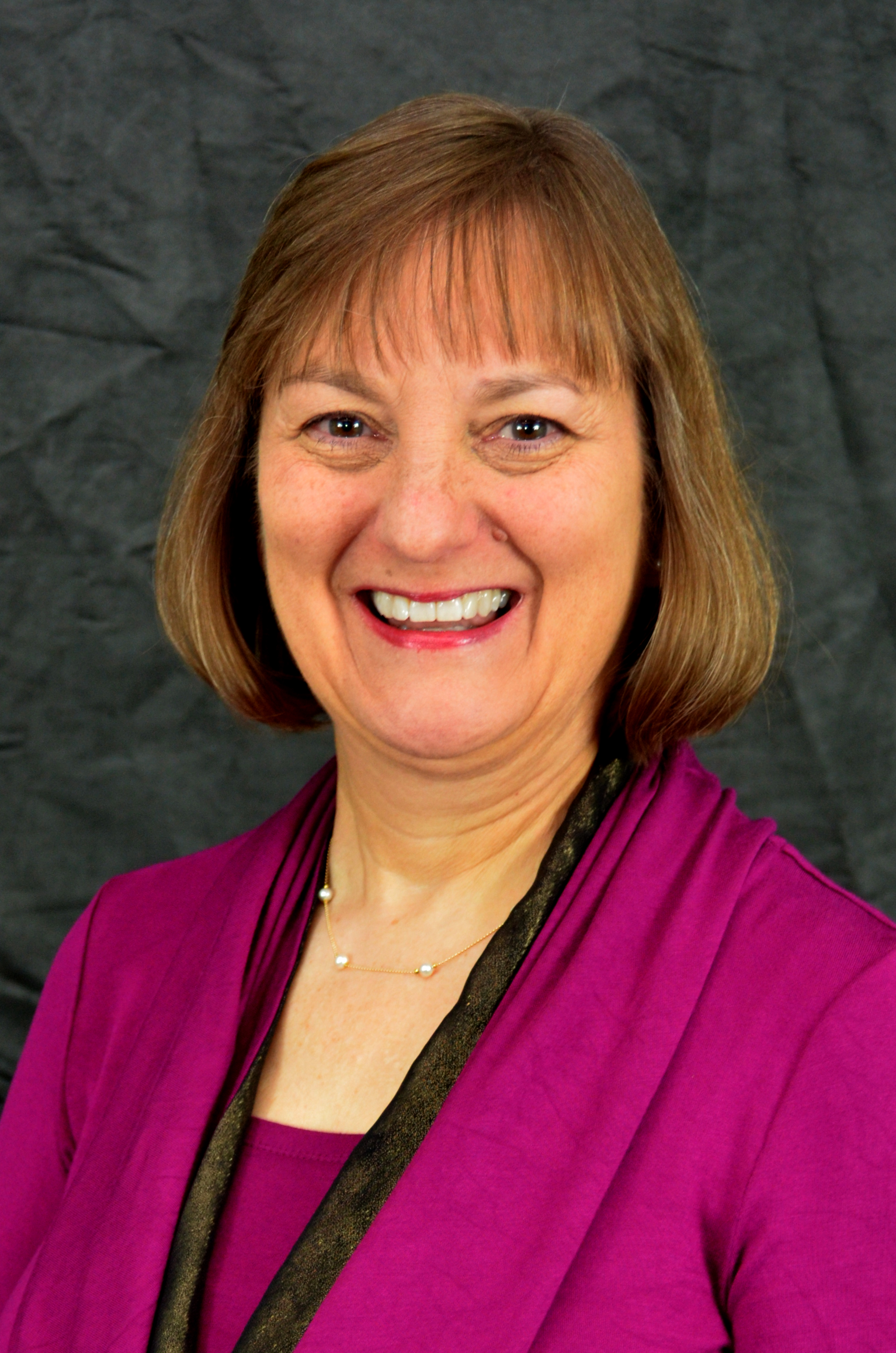 Wendy and her husband Rich have been residents of Huntsville for over 30 years. Rich took a job with PPG Industries after graduating from the University of Pittsburgh (PITT). Wendy has a degree in Psychology/Sociology and has taken several courses in Accounting at UA Huntsville. She and Rich have been members of Aldersgate UMC since February 1984. They have two children, Jill is a Physical Therapist in TN and Jimmy is a Dentist in Birmingham, AL.

you can email Wendy here